A brilliant monk held a motley crew of us dharma students in thrall for many years in the Big Apple. All right, he’d drawl as his eyes lazily scanned the room. So you’re all so cool with your stylish black wardrobes and your sophisticated friends. You live in the hippest city in the world and you think you’re doing great. And in the eyes of the material world, that’s true—fat paychecks, nice apartments, great social life, lookin’ good, lookin’ good.

He’d pause for effect then continue into rapt silence. But tell me: what’s the one thing your bosses can never recompense you for? Ah! You got it, smart people—it’s precious human time! Some of you are doing wonderful things for the sake of humanity. Yes, there are literally thousands of good things you can do with your lives—but, if you listen to the great mystics, the highest goal of human life is permanent liberation from suffering—which is why everyone in this room has chosen to take the Bodhisattva Vow: to seek enlightenment for the sake of all beings.

To enter the Spiritual Olympics you need not just a clear mind but a strong body and perfect commitment—and if you believe that before you begin this inner journey you must first amass money and tie up all your relationships and assets into neat packages that look oh so pretty, there’s a good chance you won’t have those assets when you’re free to discover who you really are—which also means that day of liberation might never come. So, folks, if you really do want to start the greatest journey of all, start it NOW! 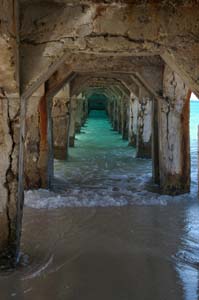 This teacher gave us incredible tools, many of which I still use. Among them was a Death Meditation so simple and profound that over the next few years it infused me with enough courage to exit Manhattan and leap into the unknown.

Far from being morbid, death meditation taught me how to live properly—because when I considered that I could die at any time, it became a matter of urgency that I do what I had always been drawn to do NOW—and not wait until I was aged, jaded and weak.

Now the meditation he taught us can be combined with visualization for more impact, and it has several branches; but in essence it boils down to three unarguable points: 1) that death is certain 2) that the time of death is uncertain and 3) that when we die, there is nothing any of us can take with us except the current state of our consciousness. Years later, I still use this meditation (and share it with as many friends as possible) because it never fails to bring home to me the truth of our ephemeral existence; time after time it seduces me with its truth so I can return to my highest priority.

Recently I read an article written by a specialist in palliative care who had served those who chose to die in their own homes and found it to be yet another form of Death Meditation. I’m reproducing/ paraphrasing bits and pieces of what she said here. (I wish I could give her credit, but the email to which this article was attached has been inadvertently deleted.)

“People grow a lot when they are faced with their own mortality.” this wise woman remarked. “Some changes were phenomenal. Each experienced a variety of emotions, as expected, denial, fear, anger, remorse, more denial and eventually acceptance. Every single patient found their peace before they departed though, every one of them.”

When these dying people were asked whether they had any regrets about the life they were about to exit, or things they would do differently, she discovered five common themes that surfaced repeatedly.

Those who believe in karma and reincarnation view human life as exceedingly precious. Why? Because the human alone is gifted with the power of discrimination. (A lion cannot decide overnight that he will become a pacifist vegetarian, say, while an intelligent man or woman can change even the most ingrained habits in order to evolve.)

And yet, among those who follow the eastern path to freedom, are many who believe that—since they have an infinite number of lives—they are free to slip into spiritual inertia. But lifetimes do not flow in a sequence: I can learn A, B and C in this lifetime, but it does not necessarily follow that the circumstances of my next life will permit me to proceed with D, E and F. In other words, I could go from being a brilliant scientist in one life to a brain-damaged paraplegic in the next—based on what is known as “the throwing of karma”—so it’s best not to view evolution as an upward curve and to instead focus on using our time and energy well in this one that we have.

When I came to Tiruvannamalai six years ago, I was enraptured by the amazing story of the boy Venkatraman, today known as Bhagavan Ramana Maharshi and revered as one of the planet’s greatest jnanis (knowers of ultimate truth).

Venkatraman had an unusual awakening: one afternoon in his late teens a terrible fear of death came over him. Whereupon the lad lay himself down on his narrow cot and surrendered completely to the inevitability of physical death. At that moment, something streaked through him like living truth and never left him—and this was the mind-shattering gnosis that the spirit of Self inhabiting his body was deathless.

Here I am reminded of the words of Nisargadatta Maharaj: Please understand, this sage said in his direct fashion, that there is only one thing to be understood—and that is that you are the formless, timeless unborn.

No matter who or where we are in the path to our heart, digesting and then regularly practicing a simple Death Meditation can work wonders in leading us to liberation. It also gets rid of the endless crud clogging our spiritual arteries—so we can focus on our greatest passions instead of a thousand-and-one paltry affairs that won’t matter a whit as we approach the final curtain on this lifetime.

Greetings from Arunachala, the sacred hill whose promise to the committed seeker is to destroy the ego so we can know ourselves as deathless spirit!

34 thoughts on “Dying Every Single Day for Months in Manhattan…”