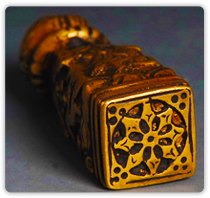 Etymologically, Mahamudra is a combination of two Sanskrit words: maha, or great, and mudra, translated in this context as seal. In ancient times, minus the ease of communication that we take for granted, seals were the only way to confirm the authenticity of, say, a royal command. If an old world monarch sent an order to an outlying province to execute a corrupt minister before sundown, that message would have to bear his personal seal in order for it to be obeyed. And in the context of samsara or relative reality, Mahamudra is that seal of authenticity, for its characteristics are ubiquitous even in the tiniest aspect of samsara.

Samsara, our guru defined as the condition of being forced by the power of one’s own karma to repeatedly take on an impure body and mind; in other words, the minds and bodies we currently wear are the sole creation of our personal karma created over thousands of lifetimes. It’s okay to have a mind-body system, he’d say with a laconic grin, but not one that is forced on you. END_OF_DOCUMENT_TOKEN_TO_BE_REPLACED