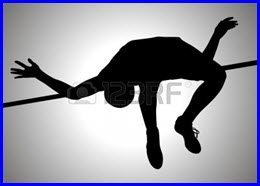 I was also the top athlete in my class: high jump, long jump and the hundred meters sprint. Never a team player, I did not succeed at playing basketball or any sport requiring cooperative effort; today I suspect my debut on that dark stage spoiled me—after that, nothing would do but to shine as the lone star in my own constellation. END_OF_DOCUMENT_TOKEN_TO_BE_REPLACED