As I moved into my teen years, I sought out friends who equally dreaded being thrust into the marriage market—to be assessed in terms of dowry, fair complexions, domestic skills, and the ability to please husband and in-laws. (While the practice of dowry has been illegal for decades now, women are harassed, even burned to death, if their families are unable to satiate greedy in-laws. In some cases, a man marries, gets a good dowry, kills his bride in collusion with his mother, and gets away with it, either by bribing the cops or by faking a credible accident—whereupon he goes bride-hunting again.)

During summer holiday afternoons while the rest of my family was taking their siesta, I’d creep out to pay impromptu visits to my girlfriends in the hood. Inside their bedrooms, with the fan going full blast, we’d giggle and gossip as we gorged on sweets and savories. One family I befriended were Himachali Brahmins who had settled in Bangalore. The husband spent his time slumbering or seated cross-legged on the living room couch, perusing the papers or some crappy thriller. His wife was a good-looking and industrious woman, a Hindu fanatic and Sanskrit scholar who ran the household with iron efficiency and was tough on everyone but her indolent husband. All he had to do was crook a little finger—demanding chai or that she clean his ears or trim his finger and toenails—and she’d run to obey.

Unfortunately “Uncle” took a weird shine to me. One afternoon I dropped in on the family, unaware that the girls were away visiting relatives. Uncle opened the door, summoned me over to his couch and handed me a paperback novel. He pointed to a paragraph. “Read this out to me, please,” he ordered. Vain as I was, I began to read in a loud voice, showing off my perfect diction. It was a Harold Robbins book, and the section he’d chosen described the heroine being banged silly by the smoldering hero. Innocent as I then was, I still knew an older man asking a thirteen-year old to read soft porn to him was hideously wrong. In seconds, I was red-faced and stuttering. Uncle took a firm grasp of my arm to prevent me from escaping. I was doing so very well, he crooned; he was so enjoying my reading. Just then his wife entered the room. With a rude flick of a hand, he ordered that proud woman out. I wriggled out of his grasp, flung the book on the floor, and hurtled out into the hot afternoon, feeling an ugly mix of guilt and shame and rage. 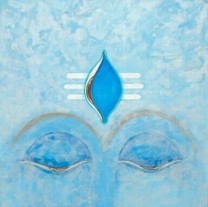 Knowing I’d be blamed, I was reluctant to confide what had happened to anyone in my family. Who asked you to go there in the first place? I could hear my mother shriek. Weren’t you supposed to be sleeping? What? You jumped over the wall again? You are utterly shameless and deserve everything you get! You see? Already I was aware that in the world I inhabited, the female of the species would be the eternal scapegoat. Had I complained, a variation of that old song would have been sung: “Don’t blame me! She was wearing a red dress, and so I raped her.”

On the street parallel to our home lived a Rajput family. Rajputs are a fierce and beautiful race, originators of Sati, the ancient and hideous practice of urging a wife to leap on to her husband’s funeral pyre—for what is a woman worth without a man, anyway? Better to burn baby burn, and get all the endless abuse to which a widow is subjected out of the way once and for all. Never mind that in thousands of cases the dead husband was a doddering old fart, and the wife a young girl led to marital slaughter by virtuous parents. Duty and honor were considered paramount, and a “good” woman was urged to end her life when her man was gone. Those who refused were drugged, thrown onto the funeral pyre, and drums were beaten loud and hard to drown out their shrieks.

Now Lakshmi, youngest of three daughters born to this family, committed the mortal sin of falling in love with the attractive son of a local Muslim building contractor. Traditionally speaking, the Rajputs and the Muslims are arch enemies; so, when some spiteful gossip leaked the information to Lakshmi’s parents, her father, an important man in the community, went bonkers: Lakshmi was pulled out of college, given a whipping, and placed under house arrest. Shocked, a bunch of us neighborhood kids held a pow-pow to which we invited Shaukat, her grieving lover. Since I was considered the bravest, it was decided that I would find out what was going on. Next morning we waited until her father’s car drove out of their house. Armed with a letter from her swain hidden in my bag, I walked in through her gate and rang the house bell. Her mother, a darkly pretty woman from a village near Jaipur who spoke no English, opened the door, probably thinking I was a salesman. I pushed past her and raced up the stairs to find Lakshmi, who had spied me entering the gate through her window, standing at the door to her bedroom. Quickly I slipped her the love letter and tried valiantly to control my tears—for in the space of days, her eyes were swollen with crying and her lovely face was covered with pimples. In a low dramatic voice I delivered Shaukat’s romantic oath—that he would rescue her and make her his bride. The light that shone through her stark misery made me want to cry even more.

Like Rajput heroines of yore, Lakshmi was amazingly resilient. She managed to convince her father—in truth, a kind man who simply could not break free of the old ways—that she had “reformed”. Then, three years later, exactly a day past her twenty-first birthday, she simply disappeared from the house, leaving behind all the expensive gifts her parents had given her. A note sat on her bed: “You gave me everything material,” it read in true Bollywood style, “but not my heart’s desire.” Her father drove frantically over to Shaukat’s house. “Where’s that bastard?” he screamed in Hindi at the servant woman who stood by their gate. The old thing spat a stream of red betel juice over the wall. “Gone,” she announced with a shrug. “Nobody here. All gone Shaukat marriage.” More than a decade later, on my annual vacation from Manhattan, I bumped into Lakshmi’s brother on Commercial Street. “How are things with Lakshmi? I asked anxiously. “Fine,” he replied with a grin. “They have three kids—two boys and a girl. Dad relented and invited them home after their third baby. Now both our families are friends.” A fairy-tale ending? Yes, but then Lakshmi was patient and cunning and Shaukat never gave up—and perhaps the Muslims wanted to teach the proud Rajputs a lesson. Most such situations would have ended in depression, murder or suicide. (To be continued in the next post).

Greetings from Arunachala, Shiva the Destroyer in the form of a hill of fire and light, who destroys all that blocks us from knowing we are the immortal and blissful Self!