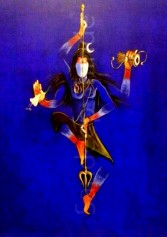 Say you’re a crack software designer with your eye on a dream posting in California’s Bay Area. The job dangles before you like a luscious red apple and then you get a call from a pal in Human Resources—sorry, she says, but they’ve given it to Bipin Ghatge. I know, it sucks, but what to do? He’s our Chairman’s nephew—didn’t you know?”

Foiled again!  You want to eviscerate that smug toady Bipin and shriek with wicked laughter as his guts slither out of his belly, but you don’t relish the idea of spending the next fifty years in jail. How about getting rip-roaring drunk? But that road to oblivion will make it impossible for you to endure Ghatge’s snide looks tomorrow. Your mind ranges like a bandit over all your options. Then the thought pops into your head that perhaps it is time to try Mahamudra meditation. You  actually remember all those seven points, flavors, as Mira called them, as if she was selling ice-cream.

You slink home and drink a mug of  green tea with honey before parking your butt below your Buddha batik. You allow yourself to feel terrible about the loss of the Bay Area job. Ouch! You apply the first step of Mahamudra: that all things are imperfect—and deliberately designed to be so—because if you and the world were both perfect, how would you grow? Weird how just accepting the inherently imperfect nature of this world makes you feel better.

Impermanence. How many other disappointments have you dealt with in your thirty-one years and where are they now? Do you spend a second aching for that snooty chick who dumped you like a stack of dirty dishes crash bang into the sink of despair? Two months later, you met the amazing Aparajita—and isn’t she a whole lot sweeter? As for this job, there are a thousand like it, some that even pay better. Perhaps now is the time to leave a company that blatantly practices nepotism.

No ownership. There it was, that seductive project right within your grasp, and then, whoosh, it was gone, without your permission. Who owned it? Certainly not you! Maybe there are invisible laws governing every little thing….

No accident. This one is tougher to accept. You’re a straight-up sort of guy and you don’t care for mystical bullshit. But hey, what to do, man, accept that there are no accidents and see what happens.

No fixed judgment. You look back and see the myriad times you judged something to be good or bad, and how that good turned into bad, and vice versa. What about that English writer who invented Harry Potter? Loses her job, is barely making it on welfare, then waves her wand and brings the boy magician to roaring life. Abracadabra, soon she’s raking in millions. And what about Stephen Jobs, your one-time hero, who had everything material a man could dream off…to die at his peak?

Transformation. Yes, you can quit this company and accept that job you were offered last week. This new company plays fair and is run by an ethical board who respect their employees. Maybe by this time next year you will be working in the Bay Area….

Past karma.  Did you actually set up this whole scenario in some past lifetime, just to learn a lesson? Sounds kinda corny, but you’re willing to give this  notion a shot. You continue to sit quietly, allowing these new views of the current crisis to percolate into your deeper self. It’s bizarre, but once again it feels like the sun is shining down on your precious head. Hey, this meditation really does work! 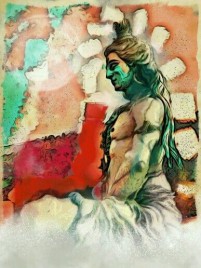 Freedom From the Matrix

The goal of our practice is not to put up with crap, but to eradicate suffering in all its forms. These were the words of the guru who taught me Mahamudra and so much else. That said, analytical antidotes to human suffering only help us cope with the endless pains of relative reality. Using only these seven flavors as antidotes to our suffering of body and mind is like using band-aids on deep wounds—although I’ve heard it said that a complete acceptance of the final flavor of Mahamudra (that all we experience is the result of our own past thought, speech and action, or karma) is powerful enough to transform lower into higher consciousness.

Mahamudra practice alone cannot lead us all the way to enlightenment, nor does it remove problems, but it lightens the sting of our suffering by revealing the true nature of samsara. According to Ramana’s Direct Path, the only sure way to become free of desire and fear is to burn the vasanas (karmic imprints) that run our behavior and create our relative reality. Once we’ve begun to unmask samsara, we must simultaneously begin to uncover our true nature by learning to sink into the substratum of our being, which, according to the great ones, is sat-chit-ananda, pure existence-awareness and bliss. The real journey of the committed seeker is an inner one which intensifies when we use tools such as Mahamudra to splash great arcs of light on to our individual paths toward the spiritual heart.

Om is the bow
The soul is the arrow
Brahman is the arrow’s goal
At which one aims unflinchingly.