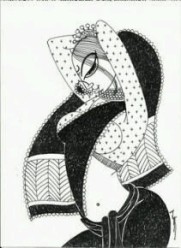 Freud opened the minds of millions of Westerners to the hidden codes that determine our behavior. I read his work from time to time as a young woman, and one particular novel I plunged into as a teenager particularly fascinated me since it reduced his teachings to the primal urges of sex and death.

Now, in the Eastern view, these powerful drives stem from the lowest chakra in the human system, known as the root chakra or mooladhara. Yes, it is critically important to understand the root chakra, because our mooladhara drives us to create a life based solely on surviving and thriving in the relative world. If we do not realize this, we are condemned to spin senselessly around in the vicious cycle of samsara for eons, never realizing we are far more than our material body, mind, emotions or possessions.

Eastern mystics and sages authoritatively inform us that our true and immortal nature is existence-awareness and bliss (sat-chit-ananda). The way to knowing this can be beyond arduous and can encompass striving for eons. But once this sinks in, then we are definitely on the inner road to peace and bliss.

The yogis saw reality in deep meditation, and thereby transcended the mind, which is, as Ramana Maharshi stated so simply, only a bundle of thoughts. And yet it is more powerful and creative than we can even imagine. Remember that the hydrogen bomb, for instance, the most powerful weapon of destruction (I don’t keep up with modern weapons of mass destruction, so perhaps I am behind the times in this matter) began with a simple thought, an idea in someone’s mind. Nevertheless, compared to the grandeur of who we really are, the Self, which includes both manifest and unmanifest, the mind is a mewling puking self-absorbed infant and should, ideally, be used only as an instrument to help us care for ourselves in relative life. The first major and often fatal mistake we make is in worshiping it as a god, and forgetting that it is only the servant of spirit.

It is not advisable to fight with the mind; instead, the wise seeker simply steps back and watches its antics, like an indulgent grandfather watching his little grandson building a sand castle on the beach. The old man knows that the tide will soon come in and wash away that beautiful piece of art, he understands that the nature of samsara is ephemeral, but he also knows that his grandson is enjoying himself for the moment, and so he allows him to play. (Grandfather = Self; child = Egoic Mind). But the time comes when we must stop playing the game of Lila and begin to transcend the mind, for, being a creature of duality, and while it can provide us with immense pleasure as it frolics in the world, it can also cause us such intense misery and suffering that it even drives some unfortunate humans to commit suicide. Best to treat it like a valuable servant and employ its incredible resources to help us turn inward and discover the true source of happiness and peace that is our birthright.

Greetings from Arunachala, Shiva the Destroyer in the form of a hill of fire and light, who vows to help us in this awesome task of taming the drunken wild elephant of the mind, so we can bask in the glorious ecstatic peace of our true nature!