When I moved to Dharamsala (seat of the Tibetan Government- in-Exile located in the foothills of the Himalayas) on the eve of the new millennium, my life changed overnight. You see, I had just left the world’s craziest city (Manhattan) for a small mountain town in northern India and was almost totally unprepared for what I was to encounter.

As my eyes opened to a new world of seeing, my views began to transform. For instance, I had long harbored a multitude of unchallenged assumptions about those who consciously enter the spiritual path; one such assumption was that all those who wore monastic robes were blessed creatures emanating love and light. After all, I subconsciously reasoned, most had taken the Boddhisattva Vow in one form or the other—which is to become enlightened for the sake of all beings—and which therefore meant they had to be perfect, right? RIGHT?

So I was both flabbergasted 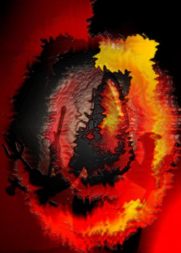 and upset when I saw how some in robes—both Tibetans as well as western renunciates— misbehaved. Apart from the jewels that gleamed in their ranks, many were, I realized, just as flawed as I was—and some worse, because at least I was honest about my vices.

I spoke to a great lama about this. Geshe-la, I said, they’re wearing robes, and yet they act so petty, mean, vicious and jealous; they’re breaking their vows left, right and center. What’s going on here?

Smiling at me as if I were a bewildered child—which I was then and still can be—he said, Mira, those robes are a sign that these people know something is out of balance within themselves—and that they wish to right this inner wrongness. By putting on a robe, they indicate to the world that they have made a brave choice to evolve. The robe is their protection as they do their inner work. If you can see them this way, you will be much more happy and peaceful.

I thanked him deeply, for he had opened my eyes to something that had never struck me before. So the robe was protection while the inner being transformed itself! Like a vulnerable little grub or worm or caterpillar covering itself with spit or a cocoon to protect it from the burning sun and predators as it gradually metamorphoses into a gorgeous moth or butterfly! What a difference this simple teaching made to my view and my attitude! And not just towards others, but to my own self, given to constant criticism of my own relative imperfections.

Since then, I have heard so many say: oh, but how can so-and-so feel or think or act this way? It is terrible! He or she claims to be on a spiritual path! The fact is that just because many of us make the decision to evolve, does not mean that that work is instantly accomplished. According to eastern teachings, to become completely free of desire and fear and to manifest as our true nature—which is existence-consciousness and bliss itself—is the work of thousands of lifetimes, if not eons.

In fact, even genuine but deluded seekers—brainwashed at times by so-called “gurus”—believe they have to suppress natural feelings that arise in response to the cruelty and injustice that rages, and has raged, all around us. They are conditioned to believe that turning inwards means they have to instantly become saccharine sweet creatures who unconditionally love all beings—including the serial rapist/murderer, the cold-blooded assassin, the pedophile and the brutal imperialist.

Based on decades of study and practice, I say NO! Along this fascinating journey to the blazing center of reality, as we absorb the great truths, we must first process our instinctive feelings…and then allow them to be burned in the fire of wisdom—the wisdom that everything is actually perfect, though it looks terrible, and that a higher power is indeed running the show; it is good to know, however, that this higher power (call it what you will) is not subject to the pressure of human time and does its work at a divine pace and in a mysterious manner we humans cannot even begin to grok. 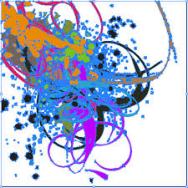 Why is this? Because, in our human form, we manifest both Relative and Absolute. While the Absolute is our true nature, it is our relative nature that needs cleansing and purifying—and on this often tumultuous path there is much each of us needs to process. In doing so, we often stumble and make mistakes—but it is very much a necessary journey.

Today, on the highest levels of consciousness, I do see that the whole is perfect—for I accept that the laws that run the cosmos are unerring: today’s perpetrator is perhaps yesterday’s victim and so on and of forth in a vicious chain  known as samsara. Invisible laws rule this realm, and when we judge things on the surface as we most often do, we miss out on the roots.

And yet, especially on social media threads, it is impossible to adequately express my own convoluted journey to finding peace within this disturbingly violent planet. While intellectually and in terms of spiritual context I am serene, old emotions still occasionally erupt and demand release; only when I have the courage to process them am I free to return to a state of peace. But to suppress this churning negativity…to deny that relative evil happens, also arrests spiritual evolution: for the process of change involves first becoming aware that something is wrong, then to accept it by whatever means necessary, and finally to trust that purificatory/cleansing action will spontaneously occur due to the loving intervention of higher forces (which is no less than our own Self, and the essence of the cosmos itself).

So the next time you consider pointing a finger at a person who has turned away from the mainstream and decided to refine their insides—because that person appears to be angry or depressed or is harboring a grudge against the seeming villains of the world—remember that robe! It is protection while we do our inner work—and believe me, that work is going on, whether we can see it in others or not.

That said, I feel strongly that an intelligent person—armed with the resources to change, but who still chooses to hide behind the apparent sanctity of a robe in order to perpetrate evil— does not merit my compassion. (If, say, a pedophile lurks behind the benevolent facade of a priest, then I strongly condemn the action—for while it is no secret that most sexual predators are themselves the victims of predators, there is no excuse for educated adults not to seek appropriate help).

It is a gorgeous windy morning here and I am about to take the doggies out for their morning walk on the mountain path; for this simple pleasure, I am immensely grateful. Greetings from Arunachala, manifestation of the Wild God who promises to annihilate our ego so we can experience ourselves as pure consciousness and bliss!

31 thoughts on “Speaking of Robes, Broken Vows and Imperfection…”