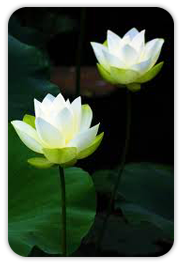 One warm Rajasthani afternoon in the year 2008—while taking a break from festivities hosted at splendid Diggi Palace Hotel where I happened to be residing courtesy the sponsors of the Jaipur Literary Festival—I found myself wandering aimlessly through the sprawling semi-forested area behind the Hotel. Turning a corner, I spotted a woman ensconced on the porch of a charming old-world cottage—glasses perched dizzily at end of pert nose and sketching madly away. She looked up at my approach. “I know that face,” she said, peering up at me. “Aren’t you an emcee at the Lit Fest?” “C’est moi,” I said, and that’s how Mishi Bellamy and I became friends.

Over tea and crumpets (okay, they were ordinary bikkis, but Mishi is so quintessentially English/Bohemian we should have gorged on crumpets with dollops of raspberry jam and clotted cream, accompanied by Earl Grey or Lapsang Souchong) we became friends. It came to me then, though I did not say so at the time, that we were simply old comrades reconnecting.

I was surprised to see how expert her sketch looked. “Come,” said Mishi, and led me into her secret chamber to reveal to me more of her artwork. I was blown away! Truly I had seen nothing like it before! Could a living breathing human produce art of such surreal perfection? I babbled on about how terrific an artist she was and meant every word. And, as you will see for yourself from these samples below, Mishi Bellamy is an Artiste Extraordinaire:

Mishi and I stayed in touch over the next seven years, through ups and downs and mutual globe-trotting. In 2013, when I self-published Whip of the Wild God: A Novel of Tantra in Ancient India, she told me she loved the novel and expressed disappointment that I had not asked her to create the cover. Everything had happened serendipitously, I explained—neither I nor the two friends who’d helped me launch Whip had any idea what we were doing. For the cover, I’d approached a gifted young artist I’d met at a local ashram here in Tiruvannamalai—but he was a novice at cover design and the four of us had bumbled around to produce the current cover.

Whereupon Madamoiselle Mishi (she now lives in France) said: look, Mira, I can design the cover of your work-in-progress novel (which is Krishna’s Counsel), but since you’re bringing out a trilogy of novels on enlightenment, it’s best you bring all three covers into artistic line. I assured her the artist friend who had helped us with Whip’s original cover would not mind if she re-did it with this noble aim in mind—Abhilash Sivadas is after all an up-and-coming professional with plenty on his own plate to be concerned about. And so Mishi swung her delicate skills into action and designed a fabulous cover, not just for Krishna’s Counsel:

but also for Whip of the Wild God…

As soon as she frees up from her own intense schedule, Mishi promises to design the cover of Copper Moon Over Pataliputra, my third and final saga on the molten process of transmuting our darkness into light—and which I plan to finish within the next three years or so; at which point, if the gods continue to beam down their grace upon our hardworking heads, my trilogy will be complete.

Just for the record, although the protagonists of each of these three novels are different and were born in different ages (the first around 1800 BCE, the second in 1960’s Bangalore, south India, and the third around 300 BCE), I call my work a trilogy because the main metaphysical/spiritual theme is moksha or enlightenment. All three of my gorgeous, brilliant but emotionally volatile/ vulnerable heroines—despite their godawful plunges into hedonism and utter stupidity from time to time—are chasing the same pot of gold—which Ramana Maharshi described as being a blissful state free of desire and fear.

Gautama Buddha described this ultimate freedom in his powerful mantra: Gate Gate Paragate Parasamgate Bodhi Svaha. Beyond, beyond, even beyond, there lies the Soul. A bad transliteration written on the fly, I will admit; nevertheless it is the state of exaltation that the Awakened One pointed to that resonates with me—one of blissful consciousness that surpasses all forms of mundane happiness.

Sweet greetings from sacred Arunachala, where the incredible process of burning down the ego so we can experience ourselves as the almighty Self is accelerated by the power of Shiva the Destroyer!